If Chatterkick Were A Playlist 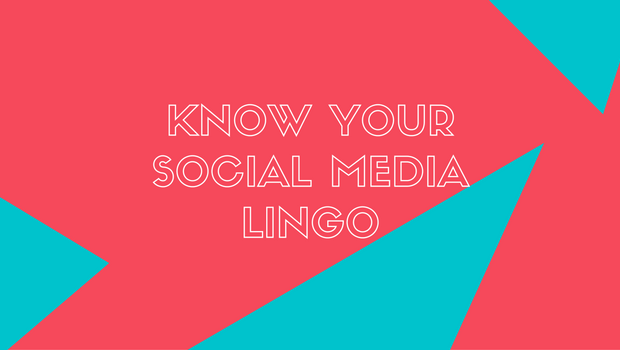 The internet is a crazy place, and our means of communication are even crazier. Gone are the days of simple OMG’s and LOL’s. Young audiences are speaking on social media with what some may consider a foreign language. Call it what you will, but it’s a definite branch of digital communication.

These terms, abbrevs (abbreviations– keep up!), and pieces of lingo are in no particular order. In fact– this isn’t even a full list. But it’s enough to get you in the loop, relevant, and a little bit better at understanding how younger audiences are speaking to each other.

TBH: To be honest. Used alone or in a sentence when conveying honesty about something.

Example: “TBH, that album really wasn’t as good I thought it’d be.”LIT : A descriptor, usually used when something is “popping.”

Example: “Was their wedding reception fun?” “Yeah, it was lit.”

LOW KEY: Basically, anther phrase for ‘down low.’ Usually used when talking about something slightly embarrassing, or a guilty pleasure

Example: “I low key record The Bachelor every week.”

IMO: In my opinion. Can usually be used interchangeably with TBH.

Example: “Drake’s birthday should be a national holiday, IMO.”

SAVAGE: A descriptor used when something or someone is over-the-line harsh, intense, or just generally beyond the normal scope of standard behavior.

Example: “I had a package delivered today and I think my neighbor stole it.” “Man, that is savage.”

TFW: An acronym of ‘that feeling when.’ Usually used with memes to portray your feelings and/or reaction in a particular instance.

Example: TFW you’re sure your card will get declined but it goes through.

MOM/DAD: Both are terms of endearment, usually towards celebrities one looks up to/loves.

RT: An acronym of the Twitter action, retweet. Used to show agreement in conversation.

Example: “We probably shouldn’t eat this entire pizza, but I’m sure we will.” “RT”

Whether you’re a business or a 22 year girl texting her friends, there’s a time and a place to use lingo on social media.

The Chatterkick team is made up of envelope-pushers, big thinkers, brainstormers, and conversation starters. We live and breathe social media advertising and all its analytics and data. We love to create engaged, happy social media communities around businesses, and we are dedicated to creating a glowing brand reputation, culture, and voice for our clients. This blog was brought to you in collaboration with multiple Chatterkick team members.

If Chatterkick Were A Playlist