From the Ground Up: Setting Up a TikTok for Your Business

4 TikTok Features Your Business Needs to Know About

How Do I Know If My Site Is Breaking The Law?

Clicking for a Cure: Social’s Positive Impact on a Personal Story

Here at Chatterkick, we host an array of clients, each eager to improve the efficiency of their business’s social media. Whether it’s a local store wishing to increase leads or a national company looking to boost brand reputation, our social savvies help them hit their goal. Recently, our team’s talents were channeled for a much different directive: to help save the life of a young Iowan named Jaci Hermstad.

Jaci’s story is a difficult one to tell. Her identical twin, Alex, passed away on February 14th, 2011, after a five-year battle with ALS. ALS is a degenerative, incurable illness that affects brain and spinal nerve cells. Alex was 17 years old. Several months ago, still coping with the devastating loss of her sister, Jaci began to experience concerning symptoms of her own. On February 14th, 2019, exactly eight years after Alex’s death, Jaci was diagnosed with the same condition that took her sister’s life.

The Hermstad family teamed up with an impressive East Coast medical unit, both determined for a positive outcome. With the help of researchers, her doctors created an experimental drug called ASO. This new drug was personalized to Jaci’s rare ALS, and had the potential to decelerate, stop, or possibly repair her nerve damage. However promising, Jaci and her family still faced two huge challenges. ASO had yet to be approved by the FDA, and it was expensive. Very, very expensive. $700,000 to be exact.

Jaci’s community rallied for her cause. They hosted fundraisers and started a GoFundMe campaign. But with precious time ticking away, she needed more and she needed it quickly. That’s where we come in.

A mutual friend of Chatterkick’s and the Hermstads connected us with her story, and asked that we use our skills in social to join the cause. Specifically, our role was to help increase visibility in order to generate donations and (fingers crossed!), get Jaci’s story into the hands of someone who could help get FDA approval for her medication. With a strategic action plan and hopeful hearts, we launched our campaign.

Our two-week social advertising campaign yielded remarkable results. Between May 1st and 15th, her GoFundMe account received 1,613 hits, resulting in nearly $38,000 in donations. This rise in contributions accounted for an average of $2,700 per day. Moreover (and most importantly), news of Jaci’s situation reached Congressman Steve King, and he proposed a bill that would allow Jaci to begin her medication before the FDA completed its testing requirements. “Jaci’s Bill”, as it was called, passed unanimously, and she’s since received two treatments. We’re not crying, you’re crying.

When used effectively, social media is a powerful tool. Most often, our strategies serve to bolster business, but in this case, the clicks were helping to work for a cure. Our thoughts continue to be with the Hermstads, and we feel honored to have joined Jaci on her journey to healing.

When graphics are worth more than a thousand words, chances are, Allison Gates had something to do with it. Her background in newspaper and digital marketing drives client campaigns into the visual arena, where they drive consumers to click, watch, and engage. 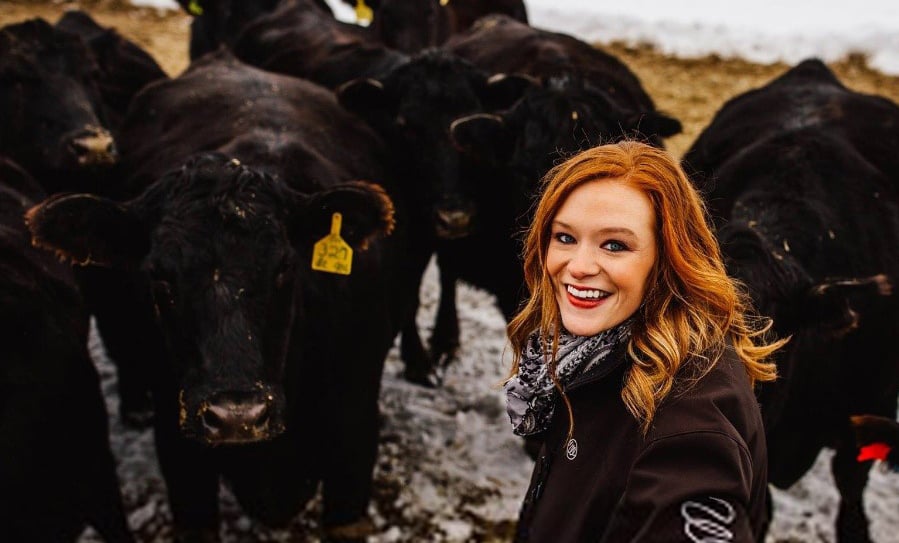 The Creative Network Explained In Under 2 Minutes