Incorporating Outreach Into Your Social Strategy

Staying Human In The Digital World

Achieving Eudaimonia as a Designer

Read
by Beth Trejo on November 07, 2012 Day to Day Operations

The social networking giants are testing a new layout for Facebook’s Timeline. Yes, I’ll repeat that again, your Facebook profile could be getting another extreme makeover Mark Zuckerberg style. 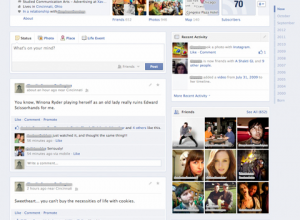 Facebook is testing a new layout for Timeline that features a single wide column for posts on the left, with all of your activity updates, photos, friends, etc. in a narrow column on the right. Users think having to look back and forth between the two columns of the current Facebook Timeline makes it too confusing. When Facebook rolled out Timeline last December, anti-Timeline groups began the page “I hate FB Timeline, and want to disable it ASAP,” which now has over 26,000 likes.

The new, renovated Timeline doesn’t have the vertical line that previously divided the profile in half. So, ironically, it doesn’t actually look like a Timeline anymore. However, the clickable dates on the top right will remain on the new design. 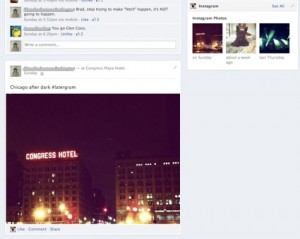 Facebook confirmed that it is testing this new design with a small percentage of users but hasn’t released any additional information. So no need to start another “I hate FB Timeline II, and want to disable it ASAP” page quite yet.

What to do you think of the Timeline changes?

As the Founder & CEO of Chatterkick I live and breathe all things online. It’s my goal to offer real-world practical solutions to businesses and leaders throughout the community. Although many consider my strengths in technology, I’m still a firm believer in a good ol’ fashioned handshake.

The Case Of Carson King: A New Social Battleground